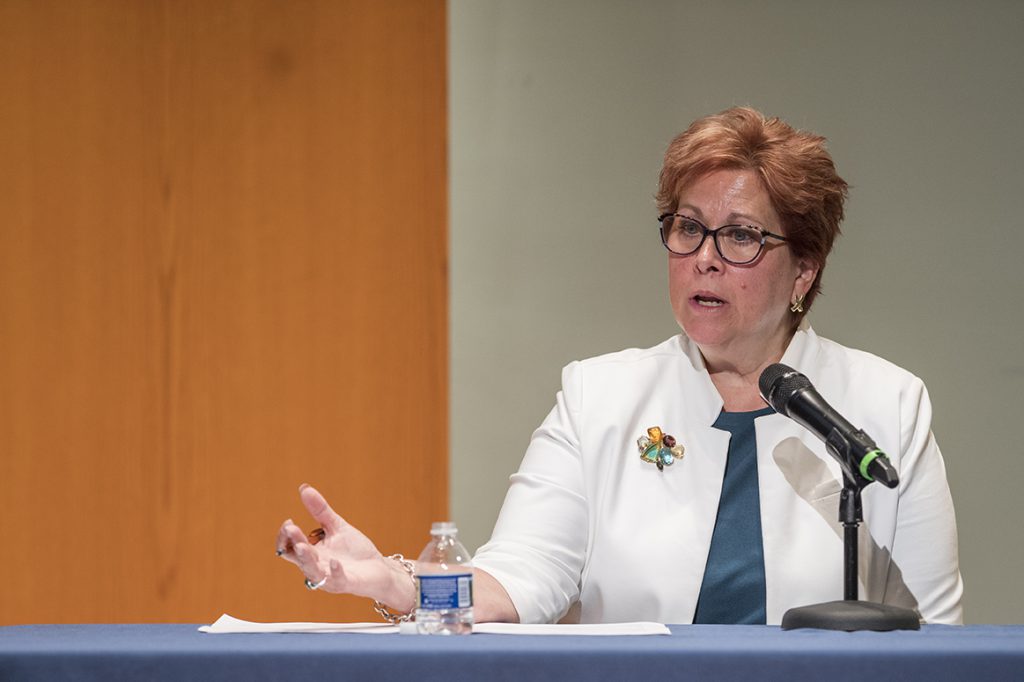 Many adult Delawareans with disabilities have serious dental issues because they can’t afford care, CDS Director Beth Mineo told the Delaware Senate Health and Social Services Committee Wednesday at Legislative Hall in Dover. Offering that population dental coverage through Medicaid, Mineo added, “would bring about healthier outcomes at a lesser cost due to a shift from reactive to preventive care.”

The committee was considering SB 92, a bill that would expand Medicaid dental coverage to adults. Currently, Delaware is one of three states, along with Alabama and Tennessee, that does not offer adults receiving Medicaid benefits any form of dental coverage.

Sponsored by Sen. Bryan Townsend, SB 92 would set the adult Medicaid beneficiary copay for a dental visit at $3 and cover an individual’s first $1,000 of expenses, or $2,500 in the case of a dental emergency.

In her testimony, Mineo, who noted she was also the stepmother of an individual with autism and intellectual disabilities, said that findings from a CDS study of dental care and disability revealed 49 percent of adult Delawareans with disabilities have lost teeth due to decay, infection or gum disease.

Said Mineo: “The number one reason those individuals gave for delays in getting dental care? They couldn’t afford it.” That lack of access to affordable care could have potentially life-threatening repercussions, she said. Poor oral health can contribute to heart disease, clogged arteries, strokes and, in pregnant women, premature birth and low birthweight.

The bill was reported out of committee and now awaits a Senate vote.

Mineo’s information arose from CDS’s three-year Oral Health Project, which aimed to increase access to dental care for people with disabilities. The project started by surveying dentists and people with disabilities to learn the specific obstacles patients and professionals were encountering. Based on those results, CDS designed disability awareness trainings for dental professionals which took place across Delaware in 2018.

The project was funded by the federal Health Resources and Services Administration and conducted in collaboration with the state Bureau of Oral Health and Dental Services and organizations including the Delaware State Dental Society.

This entry was posted in About CDS, News, News from CDS and tagged dental, dentist, health care, Medicaid, Oral Health.