Access this video of a CDS webinar that details what Delawareans with disabilities need to know to cast their ballots in the Nov. 3, 2020 general election. Voting absentee, by mail and at polling places are discussed by the Delaware Disabilities Law Program’s Laura Waterland and the National Disability Rights Network’s Michelle Bishop.

State Election Commissioner Anthony Albence reveals in this webinar that Delawareans with disabilities and other absentee voters once again have the option of receiving and marking their primary election ballots with tablets or smartphones. A week earlier, his department eliminated that option in the face of criticism from cybersecurity experts. Learn from this video-webinar what the OmniBallot pilot offers voters with disabilities — and why it’s controversial.

How can people with disabilities make a greater impact on elections? Experts with Washington, D.C.-based advocacy organizations, a Stanford Law School professor and Delaware’s attorney general count the ways in this video of a UD forum held to mark CDS’s 25-year anniversary. They also note the conditions and practices that have contributed to people with disabilities voting in disproportionately low numbers.

Learn from this video why potential voters with disabilities are up to 21 percent less likely to vote than potential voters without disabilities. The obstacles, notes Dr. Rabia Belt of Stanford Law School, include transportation hardships, long lines, inaccessible ballots, poorly trained elections workers, stringent voter ID requirements and some form of disenfranchisement of people with “mental disabilities” in most states. Dr. Belt delivered her remarks at UD on the occasion of CDS’s 25-year anniversary. 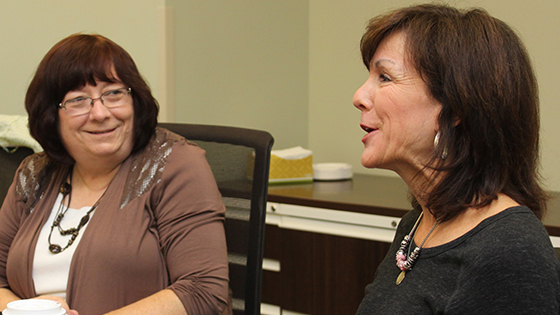 CDS and Delawareans paraded to the mall outside Legislative Hall in Dover on July 18, 2015 to celebrate the 25th anniversary of the signing of the Americans with Disabilities Act.

In March 2015, Delaware sent federal officials its plan on how the state intends to comply with the new rule that increasingly steers Medicaid funding to home- and community-based settings and away from institutional settings. This University of Delaware video of a CDS town hall explains the “CMS rule” and explores how it will usher in authentic community integration for people with disabilities.