An act to amend Title 31 of the Delaware Code relating to dental care for adult Medicaid recipients.

S.S. 1 for S.B. 92 expands Medicaid coverage of routine dental care to individuals of all ages. Before Gov. Carney signed the bill into law, Delaware was one of three states – along with Alabama and Tennessee – that did not offer adults receiving Medicaid benefits any form of dental coverage. The bill sets the copay for a dental visit at $3 and covers an individual’s first $1,000 of expenses per year. It also gives the Department of Health and Social Services the option to authorize an extra $1,500 on a case-by-case basis for dental emergencies. Based on CDS research, more than 40 percent of Delawareans with disabilities who have delayed receiving dental care say they do so because the cost is too high. Poor oral health can contribute to negative social interactions, communication difficulties and oral disease. It may also increase an individual’s risk of heart disease, clogged arteries, strokes and, in pregnant women, premature birth and low birthweight. While many lawmakers and advocacy organizations have expressed support for the concept of adding adult dental coverage to Medicaid, there remains concern about the price, estimated to be about $5.2 million per year. 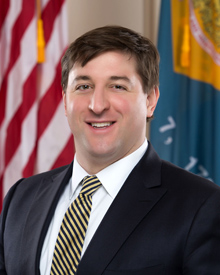