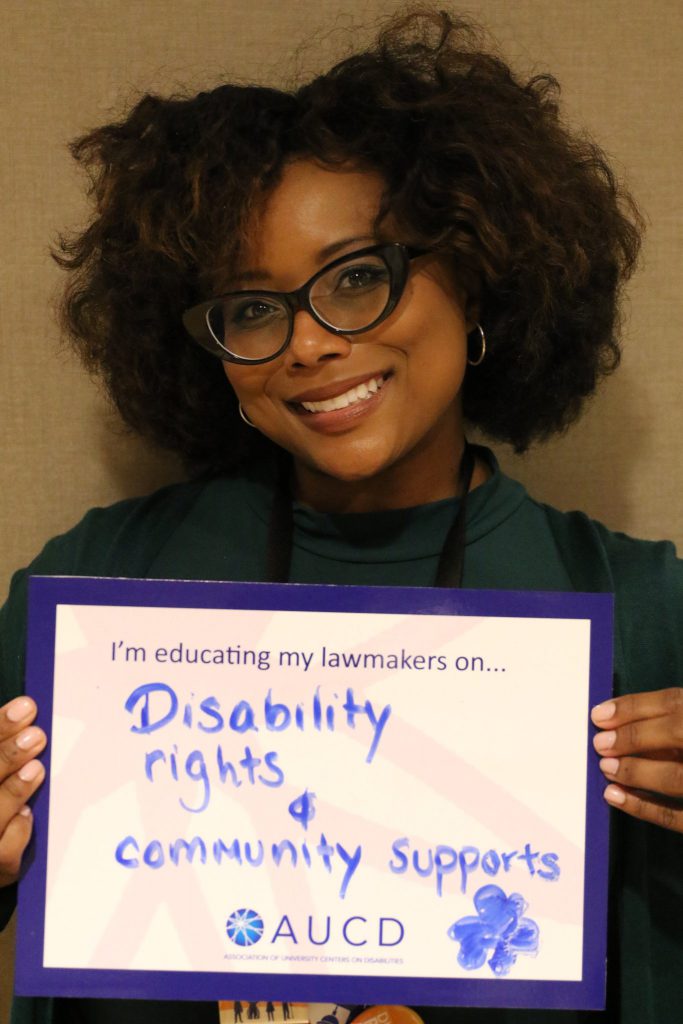 At the Disability Policy Seminar in Washington, D.C. convened by the Arc, the Association of University Centers on Disabilities and other disability rights organizations, advocates from across the country tracked developments in education, employment, health care and community integration policy. Then they took that information straight to where it could bring about change: the offices of their federal lawmakers.

Among those attending the conference from Delaware were CDS staff and advisors, graduate students in UD’s Leadership Education in Neurodevelopmental Disabilities (LEND) program and undergraduates in the Disability Studies minor.

They also called for further political engagement, a sentiment common among conference speakers. Several highlighted the Trump administration’s push to include work requirements in social programs such as Medicaid and SNAP, a decision they warned could cause otherwise-qualified people with disabilities to lose their eligibility. Bills advancing community integration, such as the EMPOWER Care Act and the Disability Integration Act, also face uncertain prospects.

This entry was posted in About CDS, News and tagged Arc, AUCD, Disability Policy Seminar.