These two bills would considerably expand access to medical marijuana. S.S. 1 for S.B. 24, which has been signed into law, widens the circumstances under which Delawareans qualify for a medical marijuana registration card. S.B. 59 would grant prescribing power to nurse practitioners and physician assistants. Currently only physicians may prescribe medical cannabis and only for “debilitating medical conditions” specified in Title 16 of the Delaware Code. While lawmakers have slowly added conditions to the Title 16 list, S.S. 1 for S.B. 24 creates a new variety of medical marijuana registration card called a compassionate use card for issue to any applicant whose physician certifies he or she has a “severe and debilitating” condition, along with several other criteria. Delawareans of all ages are eligible for compassionate use cards, though those under age 18 must have a parent or guardian certify their informed consent. While research on medical marijuana has been limited, due in part to tight federal restrictions on who may conduct such research, evidence does suggest it can have positive effects for individuals with disabilities not currently on Delaware’s approved list. 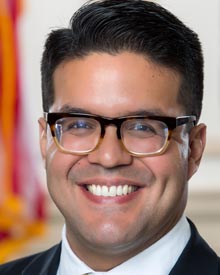