Providing for a strategic review of the Department of Health and Social Services and presentation of recommendations regarding a comprehensive restructuring thereof to the Joint Finance Committee.

S.C.R. 65 creates a task force responsible for suggesting a redesign of the Department of Health and Social Services (DHSS), Delaware’s largest agency by funding and number of employees. DHSS houses several divisions that provide crucial supports to the disability community. The resolution calls for a plan to split DHSS into two agencies, each led by a cabinet-level executive. The task force considering these changes is comprised of 17 members, including a designee from the State Council for Persons with Disabilities and four health care or social service providers. Its report is due March 31, 2020.

A version of this plan was first introduced as S.B. 163 days before the 2019 legislative session ended. However, lawmakers and members of the public expressed concern about making a rushed decision without having time for the usual committee process. The bill’s sponsor, Sen. Nicole Poore, introduced S.C.R. 65 as a compromise. Proponents of the split, including some disability advocates, argue that creating two smaller agencies could ensure divisions receive more resources and attention from leadership, improving their capacity to provide services. Opponents contend that grouping health services together in a single agency is convenient for clients and mirrors a trend among other states. They also warn the reorganization could impede collaboration between divisions. 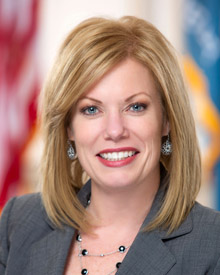