H.R. 582 & S. 150: To provide for increases in the Federal minimum wage, and for other purposes.
H.R. 873 & S. 260: To assist employers providing employment under special certificates issued under section 14(c) of the Fair Labor Standards Act of 1938 to transform their business and program models, to support individuals with disabilities to transition to competitive integrated employment, to phase out the use of such special certificates, and for other purposes.

The Transformation to Competitive Employment Act (TCEA) would close loopholes in the Fair Labor Standards Act of 1938 that allow employers to pay several classes of employees a subminimum wage, including Section 14(c), which applies to certain employees with disabilities. 14(c) allows companies to apply to the U.S. Department of Labor for permission to pay workers with disabilities a “special minimum wage rate” calculated by comparing the productivity of a worker with a disability to the productivity of a worker without a disability. There is no minimum defined, meaning employers can theoretically pay as low as $0.01 per hour. Employees with disabilities paid subminimum wage are usually grouped together in facilities known as “sheltered workshops.” TCEA opponents say this arrangement allows people with severe disabilities to work and socialize with peers; otherwise they would likely not be hired on the competitive labor market. Supporters counter that this reflects an outdated view of disability characterized by low expectations and inequitable treatment under the law.

TCEA would phase out subminimum wages in six years and includes a number of supports for businesses transitioning from subminimum to minimum wage employment. A separate bill, the Raise the Wage Act, would create a similar six-year phase-out while also raising the federal minimum wage for all workers – currently $7.25 per hour – to $15 in five years. Doubling the minimum wage is controversial because, while it would likely increase the average income of low-wage workers, it could also cause job losses. There is some evidence that care providers for people for disabilities fall into the latter category. When Arizona raised its minimum wage to $10 in 2016, private care facilities that relied on state funding reported they could no longer afford to pay their employees. 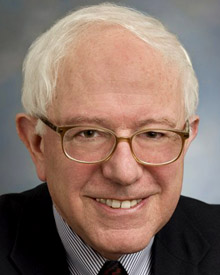