To reauthorize certain provisions of the Public Health Service Act relating to autism, and for other purposes

Update (9/19/19): The Autism CARES Act passed the Senate by a unanimous voice vote and awaits action by President Trump.

Update (7/24/19): The Autism CARES Act passed the House of Representatives by a two-thirds voice vote and goes to the Senate for consideration.

The Autism Collaboration, Accountability, Research, Education and Support (CARES) Act of 2019 would reauthorize federal spending, with modest increases, on surveillance, research and training relating to autism and other developmental disabilities. It would support projects targeted at issues across the lifespan, a slight rebalancing of priorities from the current law’s focus on early identification and intervention. Programs funded by the Autism CARES Act include the Autism and Developmental Disabilities Monitoring Network, which collects data on the characteristics of children with developmental disabilities, and the Leadership Education in Neurodevelopmental and Related Disabilities (LEND) network. LEND programs – including the one at the University of Delaware – offer graduate students training to become educators and service providers the opportunity to learn about developmental disabilities first-hand. Critics of the legislation say it would distribute money ineffectively. The Autism Policy Reform Coalition, for example, holds that the National Institutes of Health significantly overspend Autism CARES money on genetic research at the cost of research into environmental risk factors. 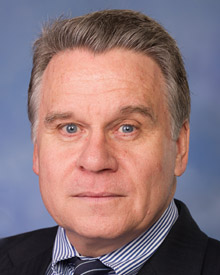 While the Autism Policy Reform Coalition says it supports the goals of the Autism CARES Act, it believes “much, perhaps most” of the money appropriated has been “wasted”.