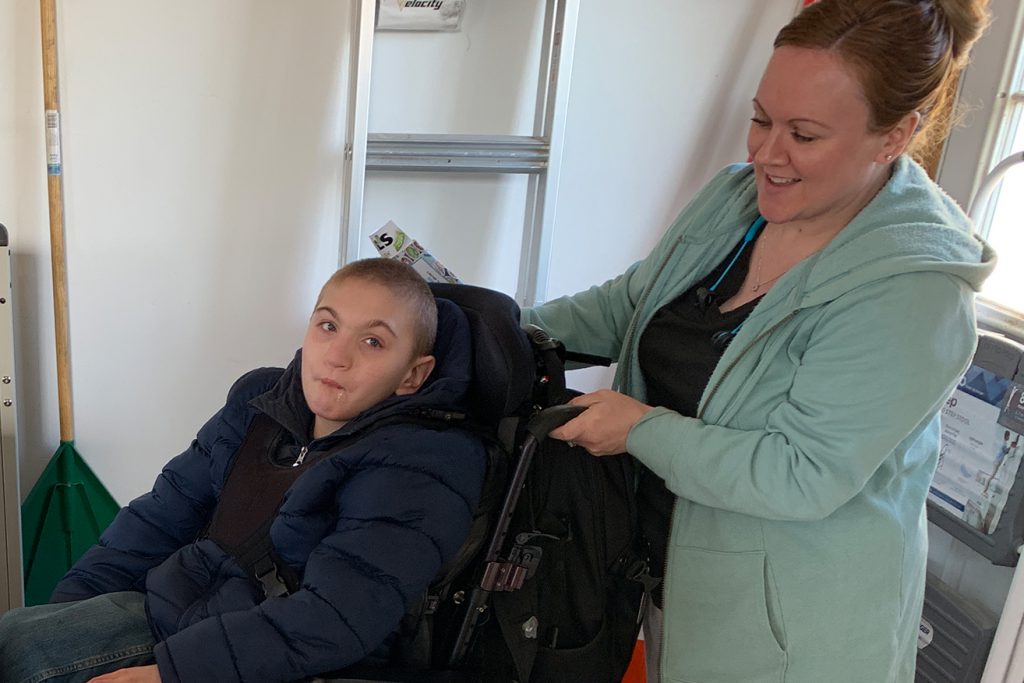 The older, and larger, Cole Thorne became, the more his mother, Jennifer McKinney, feared dropping him as she carried him up or down stairs or lifted him into the bathtub.

“Each time we got to the top of the stairs, I thought, ‘Thank God we made it,’“ says McKinney.

Cole has spina bifida, and as her son’s primary caregiver, McKinney found herself increasingly experiencing lower back pain. That’s common among caregivers of children with physical disabilities. A study of female caregiver back pain published in the Archives of Pediatric and Adolescent Medicine found it present in nearly three-quarters of participants.

An assessment of the house by an assistive technology specialist suggested that the way to maximize Cole’s independence of movement would be to install a wheelchair lift and a stair lift, widen several doorframes to accommodate Cole’s wheelchair and replace the bathtub with a roll-in shower stall. However, the price was prohibitive – the two lifts alone would cost approximately $20,000.

After her insurance company and a local charitable organization both denied McKinney’s requests for financial assistance, she approached CDS’s Nowhere Else to Turn program.

Offered by the Delaware Assistive Technology Initiative (DATI) with funding support from the Christopher and Dana Reeve Foundation, Nowhere Else to Turn facilitated the purchase and installation of home modifications and assistive technology for Delawareans with paralysis-causing conditions. Applicants needed to demonstrate they were experiencing financial need and had been denied by other funding organizations.

Nowhere Else to Turn spearheaded a 2019 project to install the modifications Cole needed. Cole, 11, can now use a wheelchair lift to move from the garage to the first floor and a stair lift to reach his room on the second floor. From his room – his favorite place in the house – he can easily navigate down the hall to the bathroom and get washed without having to be lifted over a bathtub wall.

CDS Director Beth Mineo says denials of financial assistance are unfortunate but not unexpected. “Most programs have very limited funds and many have caps and other restrictions on what they will pay for,” she says. “It is particularly difficult to get funding for children living at home.” 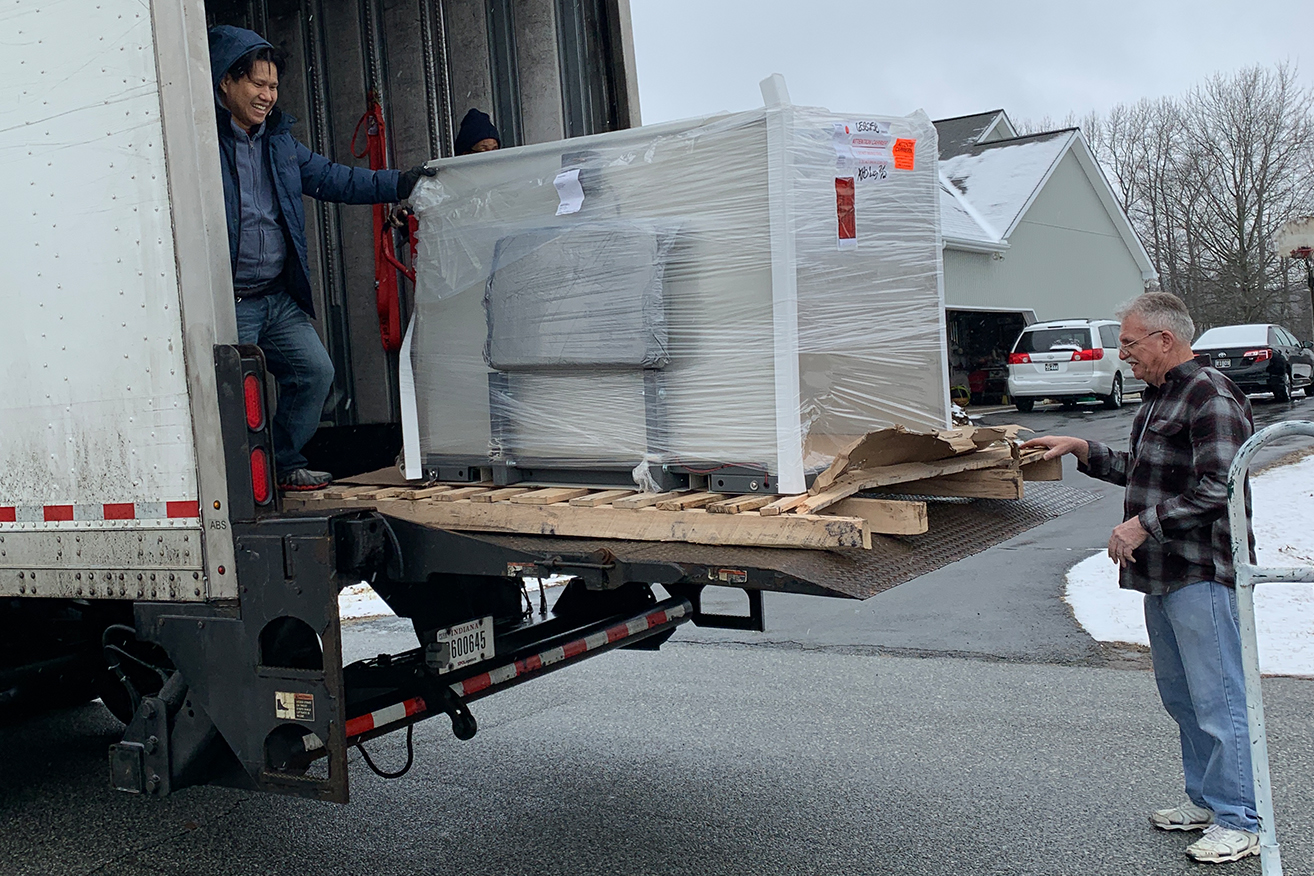 Contractors who specialize in installing accessibility and mobility equipment unload a wheelchair lift that will enable Cole Thorne to move from his garage to the first floor of his house in his power wheelchair. 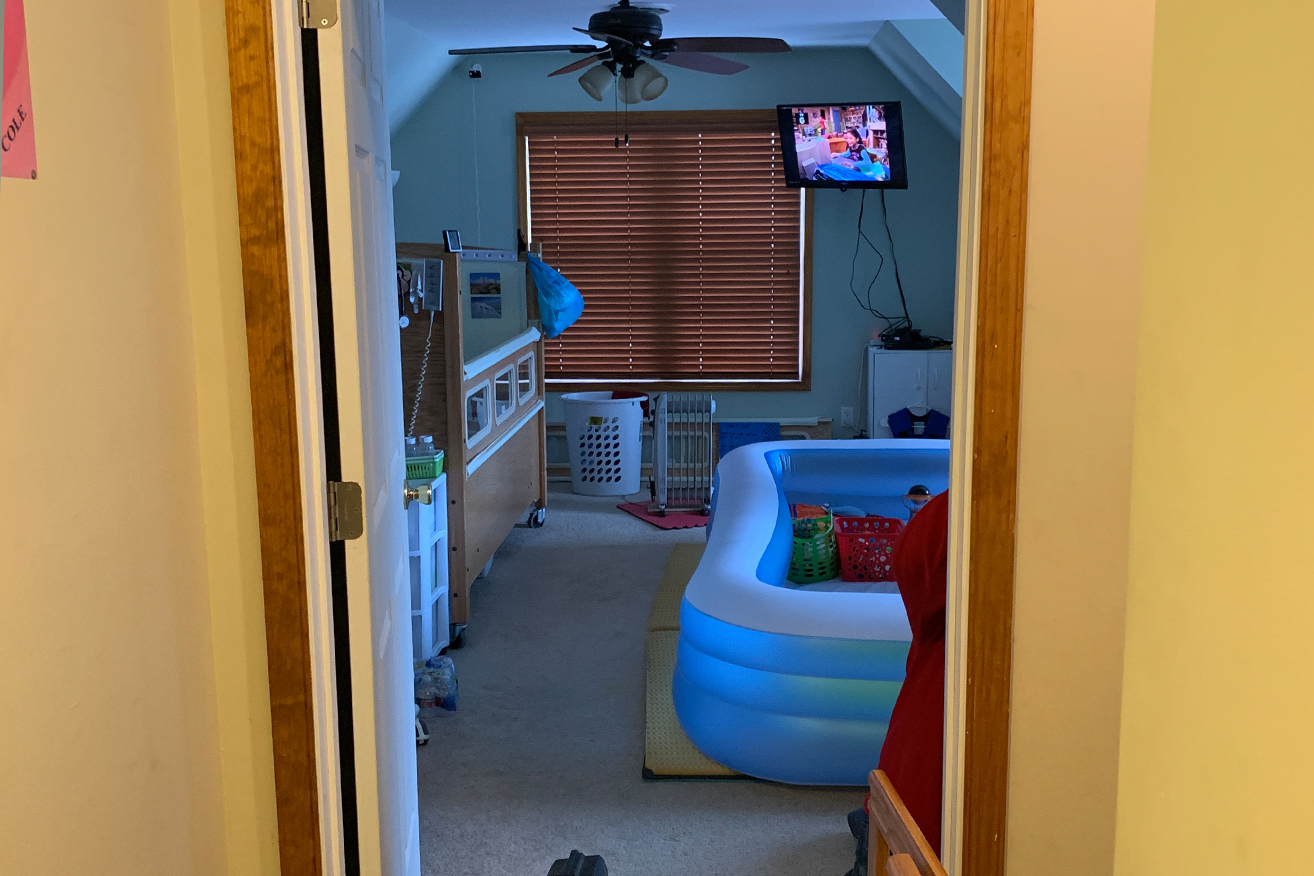 The doorway into Cole's bedroom, his favorite room of the house, after being widened to accommodate his wheelchair. 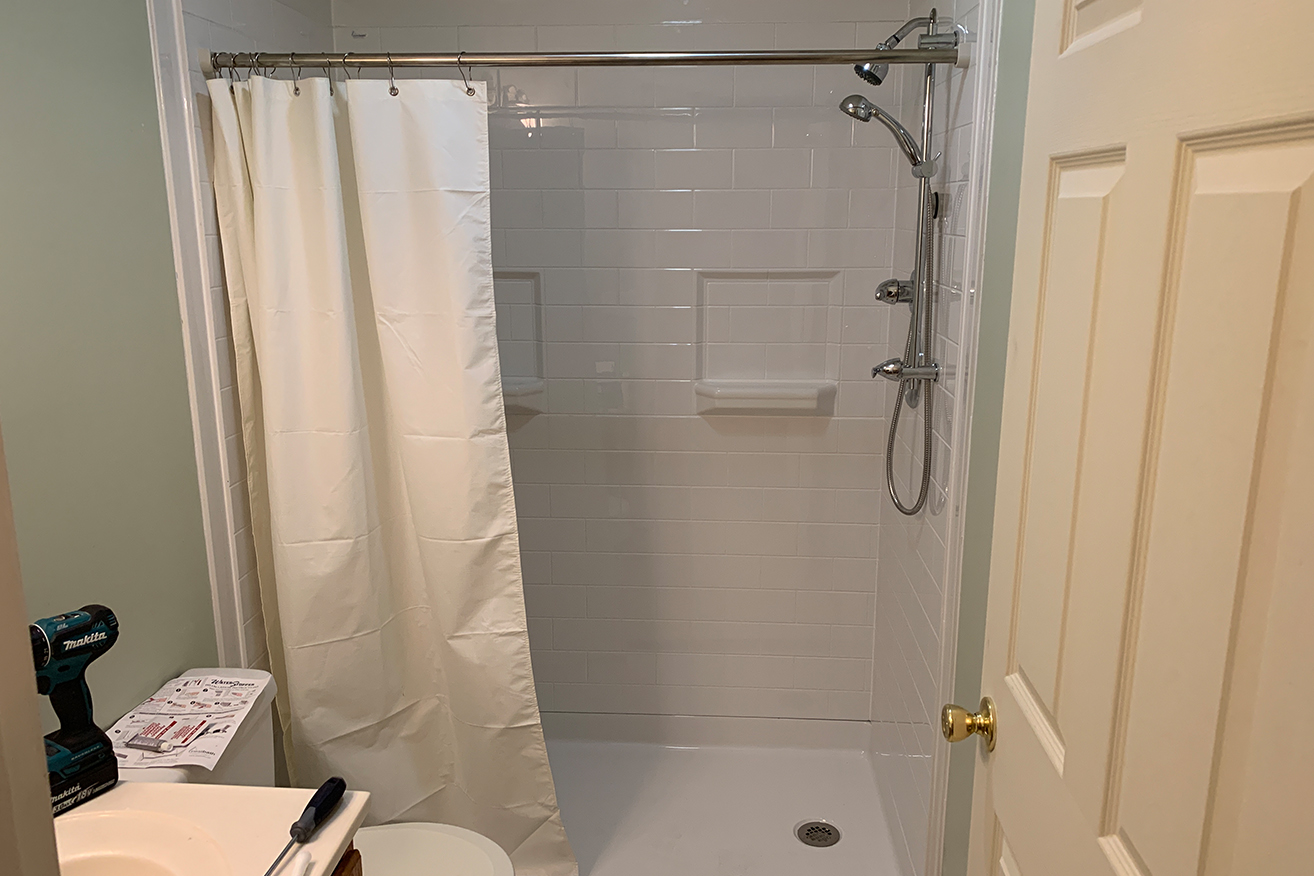 A new shower unit ensures that Jennifer McKinney, Cole's mother, no longer has to lift her son over a bathtub wall, risking dropping him or injuring herself. 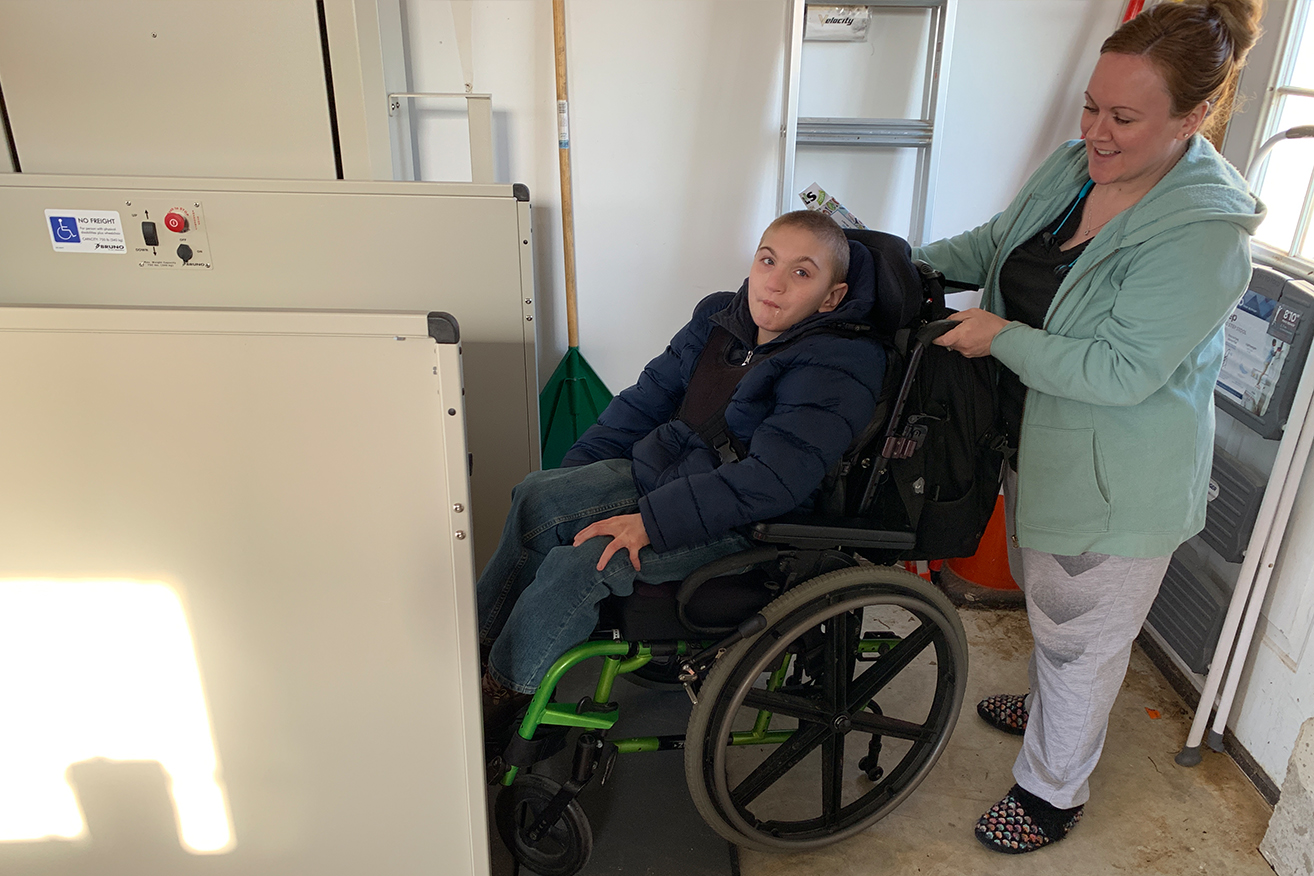 This entry was posted in About CDS, News, News from CDS and tagged Nowhere Else to Turn.