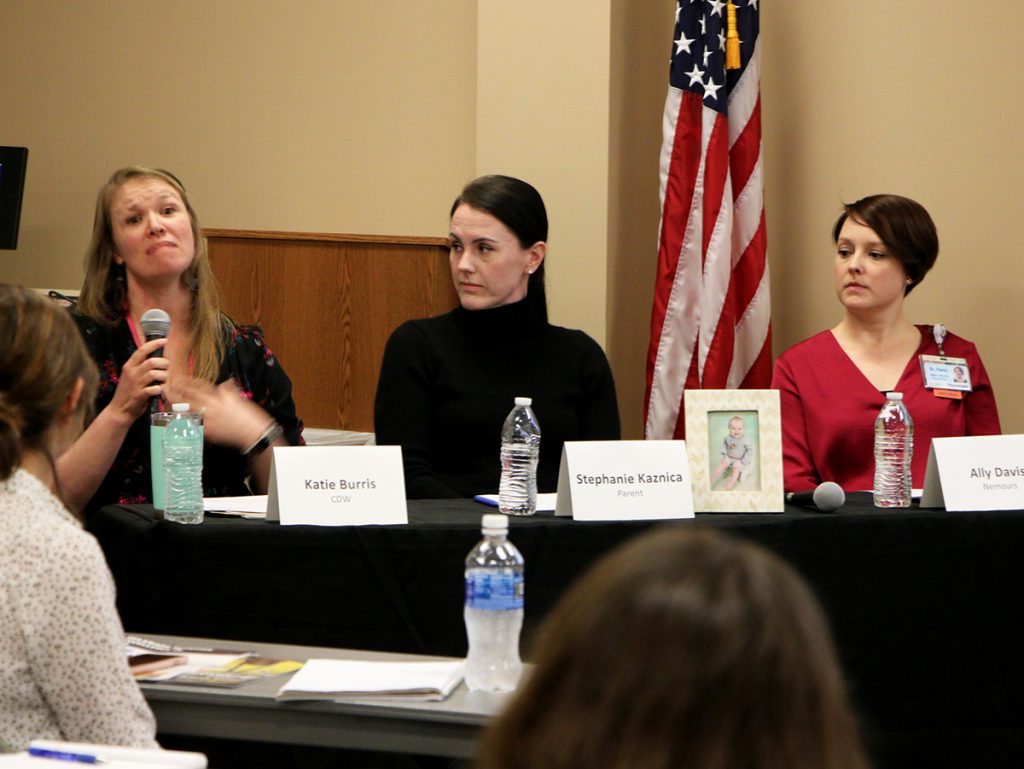 “Standard Practice” focused on one aspect of Building Bridges, a two-year, federally funded collaboration in Kent and Sussex Counties between CDS, Child Development Watch South, Nemours and others. The initiative’s goal was to improve early identification and intervention services in downstate Delaware. Such services are crucial to children with developmental delays because they can improve health outcomes in areas such as cognition, motor skills and communication. 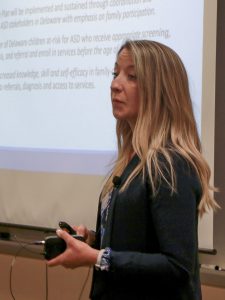 Child Development Watch South Family Service Coordinator Katie Burris, a panelist at the event, said scheduling autism evaluations before Building Bridges’ involvement was a “wait and see process.” The drive to specialists in Wilmington who could make an autism diagnosis often proved too expensive for the family to afford, she said. Nemours clinical psychologist Allyson Davis, another panelist, said that such fragmentation of services often led to children “fall[ing] through the cracks.”

Davis added that when families received a prompt autism diagnosis, they were better situated to identify the services their child needed. Stephanie Kaznica, the parent of two children with autism and coordinator of two CDS programs, echoed Davis, saying that once her three-year-old son Cole received his diagnosis and began early intervention programs, “his interests [grew]” and it left him more prepared to transition to the school system.

This entry was posted in About CDS, News, News from CDS and tagged act early, Autism, early intervention, Lunchtime Learning.