Who We Are > CDS Team > CDS team > Imani Powell 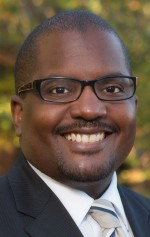 Imani counsels students with majors in the College of Education and Human Development who have declared the Disability Studies Minor.

Imani pursues his passions away from work by spending time with his family, listening to music, home brewing and cheering on Philadelphia area sports teams. He lives with his wife (also a UD alum), son and twin daughters in Newark, Del.